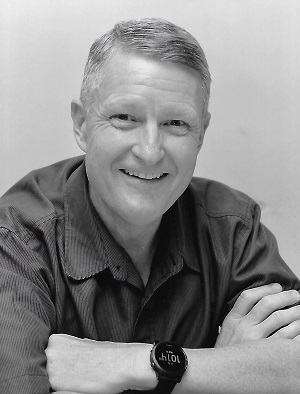 Michael is the Founder and Director of Van Meter Wellness Solutions, LLC. With over 30 years of military, corrections, police, and FBI experience, Michael has seen first-hand the devastating effects of addiction on the public, his profession, and himself.

Michael began his professional career in the United States Navy as a helicopter pilot. He served during Desert Shield and Desert Storm. After eight years of military service, he decided to pursue a career in law enforcement. He worked as a Corrections Officer in the Charles County Jail in La Plata, MD and then as a Police Officer in Washington, DC. Rotating shift work, extreme fatigue, and chronic stress were commonplace.

In 1999, Michael became an FBI Agent. He worked Health Care Fraud, Organized Crime, and Domestic Terrorism cases. Ten years later in 2010, Michael became an instructor at the FBI Academy in Quantico, VA teaching new FBI agents. He eventually moved over to the FBI National Academy teaching Police Executives. In 2013, he was given the opportunity to create and teach a course titled “Leading At-Risk Employees” which focuses on understanding alcoholism, prescription drug abuse, PTSD, suicide, and domestic violence as it relates to programs, policies, and procedures for law enforcement agencies worldwide. At the same time, Michael also became an Employee Assistance Program (EAP) Counselor/Coordinator and Suicide Prevention Counselor for the FBI Training Division. In 2019, Michael retired from the FBI but his passion for helping others continued. In August 2022, he graduated with a Master’s Degree in Addiction Counseling: Integrated Recovery for Co-Occurring Disorders from the Hazelden Betty Ford Graduate School of Addiction Studies. Michael is currently working as a Behavioral Health Therapist at a large nonprofit hospital.

Taking what he has learned from his personal and professional experience, Michael has a unique and passionate style of teaching. He is able to clearly articulate his thoughts and educate the public on a subject that is sensitive, complex, and controversial.